August 22, 2022 – Housing sentiment continued to sink for both the supply side and the demand side as market’s buying 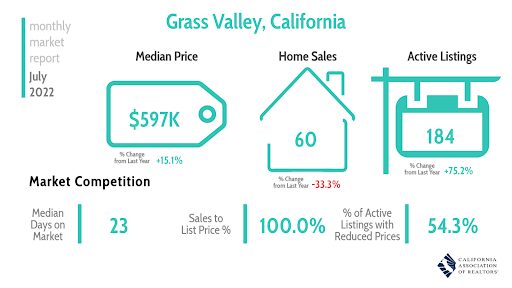 Not only did homebuilders scale back in production as suggested by the dip in building permits, but potential homebuyers have also hit the brake hard as market uncertainty and high costs of borrowing lingered on. Closed sales for existing single-family homes have taken a beating as the market has shifted in response to the recent surge in interest rates, while pending sales suggested that the market could remain soft in August.

The pace of sales declines is expected to decelerate in the coming months, however, as rates continue to stabilize, market volatility begins to subside and supply conditions further normalize.

A bounce back in California’s employment situation, was perhaps the silver lining in last week’s news, as it hints on an economy that could remain resilient in the third quarter, despite a back-to-back decline in GDP in the first and second quarter of the year.

Rising interest rates and affordability crunch drag down July home sales and prices: Housing demand in California cooled further in July as the effects of rising interest rates and high home prices hit would-be homebuyers, dragging home sales below the annualized 300,000 benchmark level for the first time since May 2020. Existing single-family home sales totaled 295,460 in July on a seasonal adjusted annualized rate, down 14.4% from June and 31.1% from July of last year. The statewide median home price was $833,910, down 3.5% from June and up 2.8% from July 2021.

While high home prices and rising interest rates depressed housing affordability and in turn dampened demand in the midst of the peak home-buying season, buying opportunities remain in the coming months for those who have been waiting on the sideline as more listings become available, competition continues to cool off and rates begin to stabilize.

Homebuilders’ sentiment turns negative: According to the National Association of Home Builders/Wells Fargo Housing Market Index, homebuilders have become more pessimistic as their sentiment towards the housing market dropped another 6 points in August to 49. This marked the eight straight decline in the index and the first time it dipped below 50 since June 2014, excluding a very brief plunge at the start of the Pandemic. Of its three components, current sales conditions saw the largest drop by 7 points, though sales expectations in the next six months and buyer traffic also declined by 2 and 5 points, respectively. Homebuilders’ confidence has deteriorated as buyer demand continued to be diminished by affordability constraints.

Despite higher costs for land, labor, and buildering materials, about 1 in 5 builders in August reported lowering prices by about 5% in the past month in an effort to increase sales or limit cancellations.

Housing starts decline sharply in July as building material prices rise and demand for housing softens: Higher mortgage rates upend residential construction in July with total housing starts falling 9.6% from June and 8.1% from July of last year. Single-family starts declined 10.1%, and while upward revision to starts during June helped take some sting out of July’s sharp decline, single-family starts have now declined for five consecutive months. The pull-back was attributed primarily to higher mortgage rates, which have significantly worsened affordability and caused buyers to hold off on their housing demand.

With building permits declining 1.3% in the latest report, starts will likely fall further in the upcoming months.

After a bit of a slump this spring, hiring perked back up in July. California’s employers added a nation’s best 84,800 jobs in July, marking the largest gain since February.

The job gains were broad based but the resurgence in hiring appears to have been driven by a rebound in tech hiring. The state’s unemployment rate dipped to the new low, dropping 0.3% to 3.9% – the lowest level since 1976. While this rebound in hiring is good news for California’s economy, it is also becoming more evident that the labor market is cooling off as job openings fell 212,000 in June. California’s 15.7% drop was by far the largest of any state and brought job openings back down to the lowest level since August of last year.

Don’t hesitate to call The Sierra Lifestyle Team for free evaluations of your home’s value or to tour homes on the market you have an interest in. We are here for you, and Alisa (almost) always answers her cell phone, 530-559-4871. 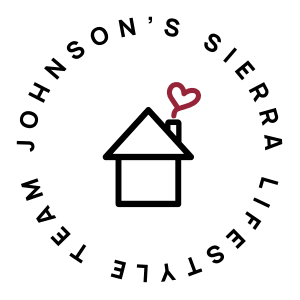